Asperitas (formerly known as Undulatus asperatus) is a cloud formation first popularized and proposed as a type of cloud in 2009 by Gavin Pretor-Pinney of the Cloud Appreciation Society. Added to the International Cloud Atlas as a supplementary feature in March 2017, it is the first cloud formation added since cirrus intortus in 1951. The name translates approximately as “roughness”. 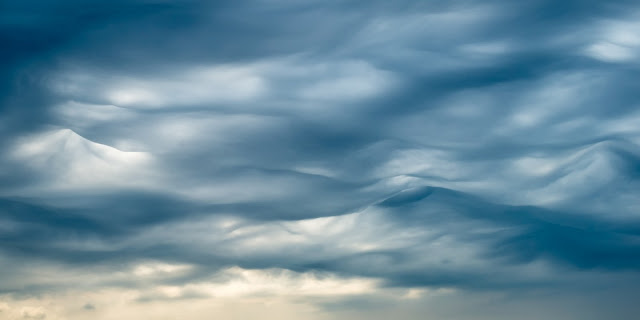 The clouds are closely related to undulatus clouds.Although they appear dark and storm-like, they almost always dissipate without a storm forming. The ominous-looking clouds have been particularly common in the Plains states of the United States, often during the morning or midday hours following convective thunderstorm activity.